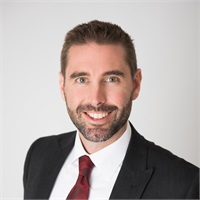 The son of a pastor, Ryan Doughan grew up in several states, but settled mostly in a small town in North Central Iowa.  Ryan graduated from Northwestern College in 2007, and spent the following decade running local businesses he helped to start and pursuing his passion as a published author.  Most recently, he sold his ownership in Legacy Building Company in the summer of 2018, and came to Northwest Investments, located in Northwestern Bank.

Ryan’s work in the entrepreneurial business world has given him unique insight into the needs and opportunities facing northwest Iowa and the surrounding area.  He was thrilled to bring his business experience to Northwest Investments.

Ryan met his wife Katie while both in their first year at Northwestern College.  Together they have put down roots in Orange City.  They enjoy spending time outside and participating in community events along with their four children, Orin, Kiptyn, Piper, and Bowen.

Get Financial News & Updates Delivered to Your Inbox